We were excited to learn that Disney would be offering a Vegan Food and Wine Pairing at this year’s Epcot International Food and Wine Festival. So excited that we registered for it without hesitation.

The event was a supplemental experience which carried a $29 price tag. It was held inside the World Showplace pavilion which is tucked in between Canada and the UK. During these events a notable chef collaborates with a wine expert to whip up a pairing for guests to enjoy.

Our host for this event was the gracious and knowledgeable Pam Smith, who has been hosting Food and Wine Festival events for some time now. The chef preparing the vegan dish was renowned Miami restaurateur Brad Kilgore and the wine was selected and presented by Master Sommelier Michael Jordan.

Upon entering World Showplace, attendees were instructed to grab a glass of wine and head to the table which they were directed to. Shortly after, the presentation began. 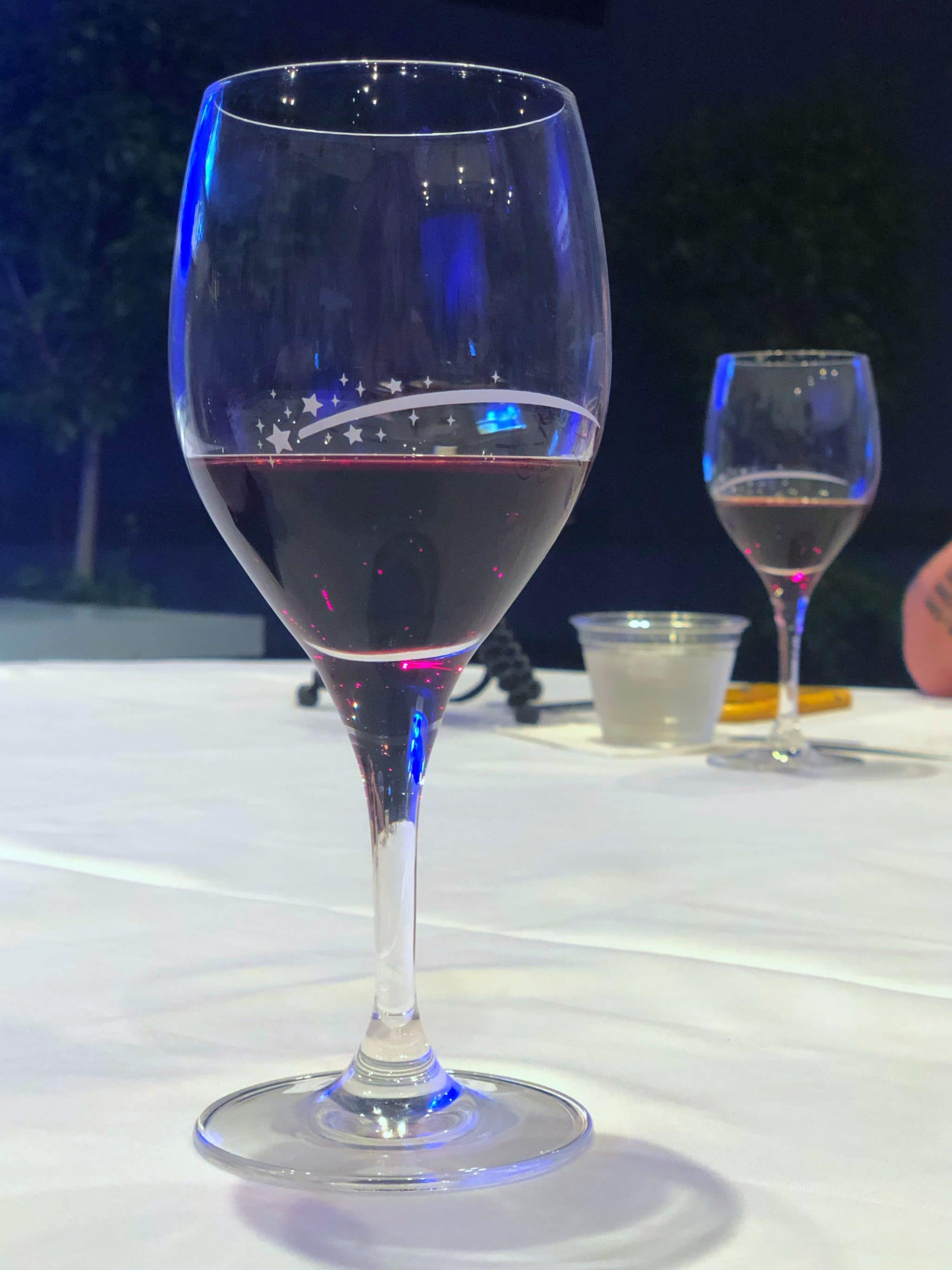 I know the title of this post is “Disney Misses the Mark with Epcot Vegan Food and Wine Pairing”, however, let’s start with a few of the pros before we get into the cons.

The dish we were served was delicious! It was Grilled Heirloom Carrots with Harissa, Rye Crumble and Cilantro. The carrots, being grilled, had a delightful smoky flavor. The sauce was perfect and the rye crumbs and sesame seeds gave the dish great texture. 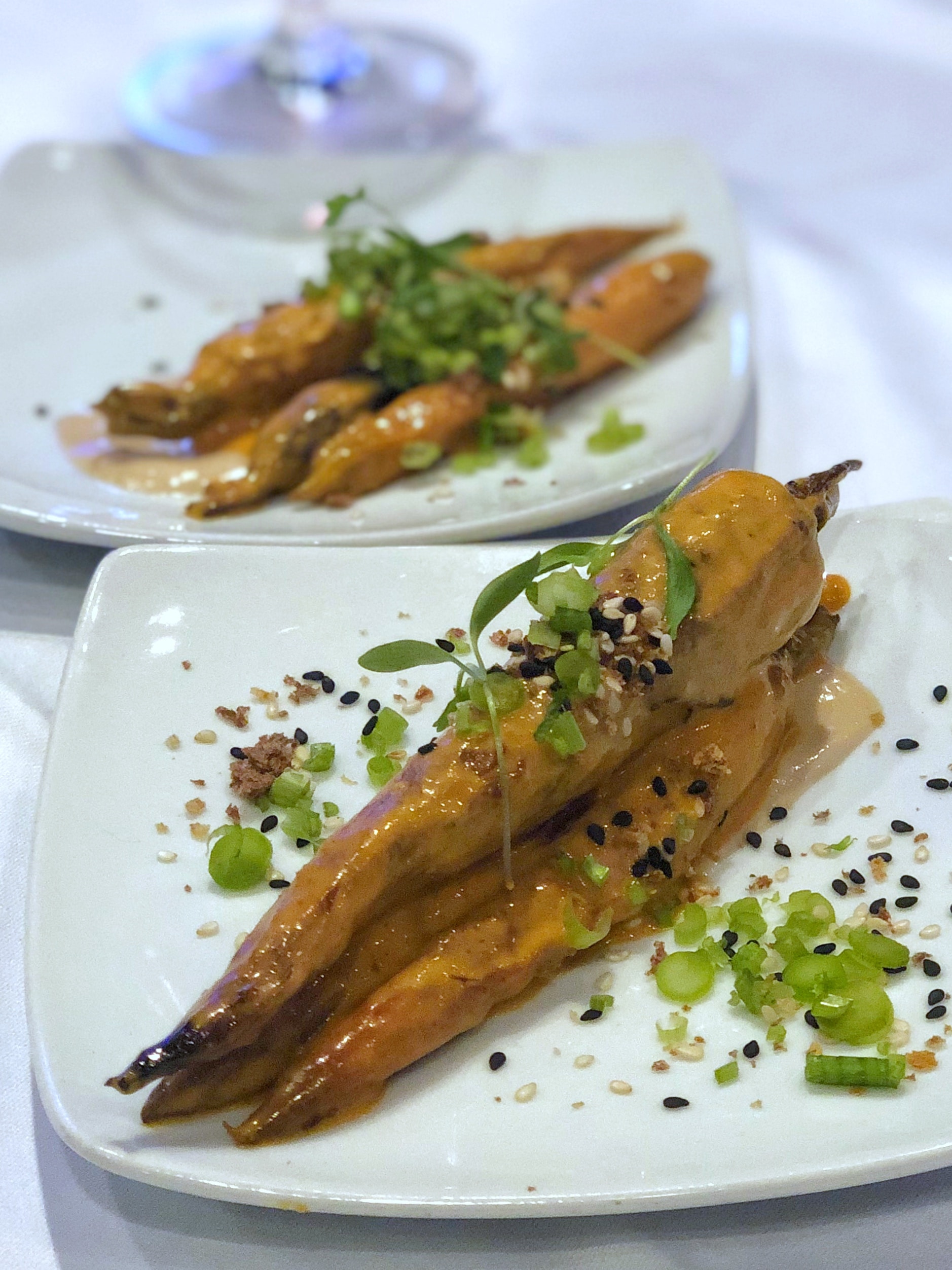 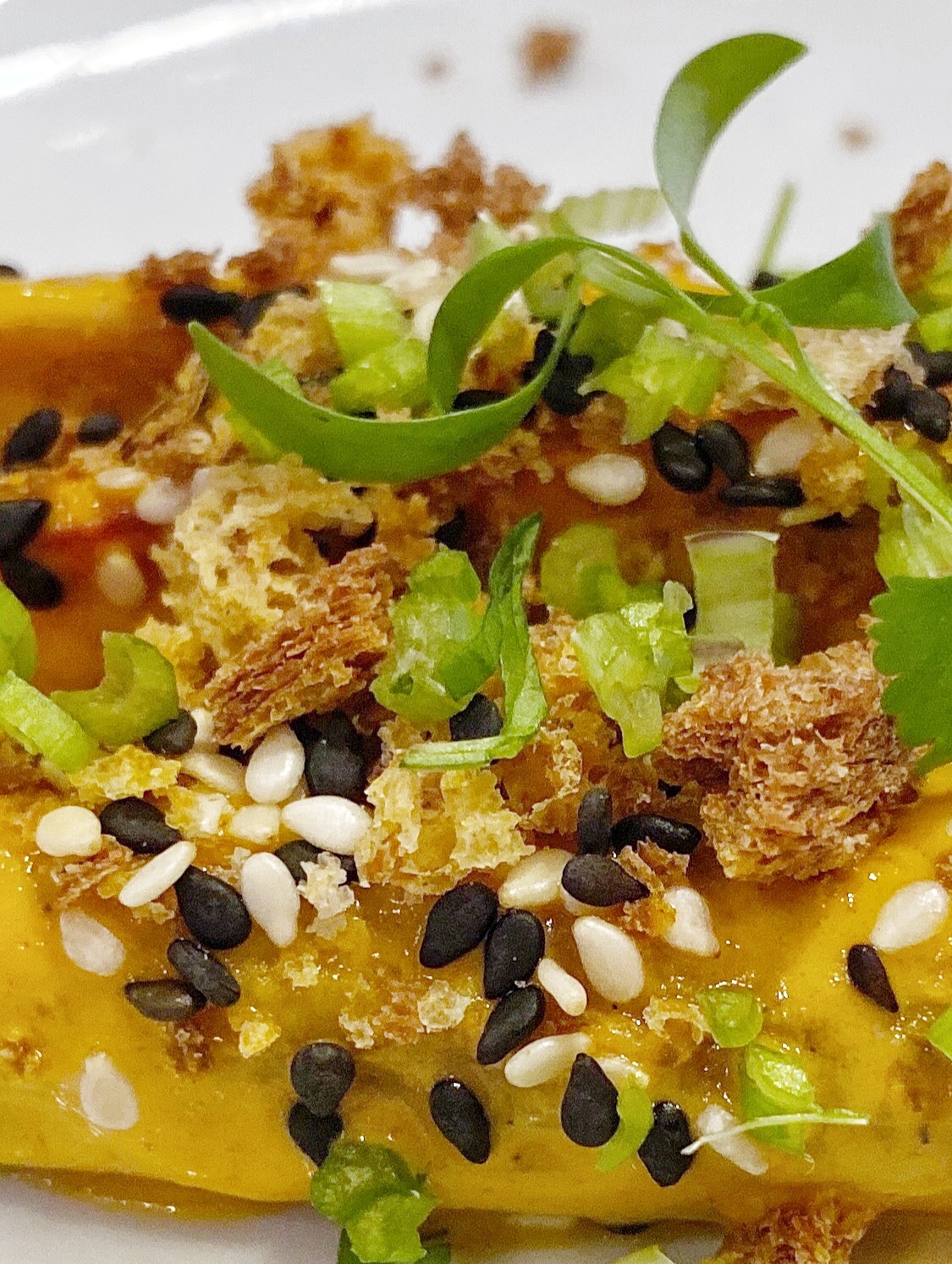 The wine, a Saduri Willamette Valley Pinot Noir had a beautiful body to it and accentuated the dish perfectly.  Master Som Michael Jordan did a fantastic job picking this varietal. It was interesting that Pam Smith compared the wine to an additional ingredient in the dish, which is something I would have never even considered before. But one does drink and eat at the same time so it makes perfect sense.

It was also fun to hear the Sommelier tell stories of his childhood growing up in his father’s restaurant and having members of the Rat Pack dining there on a weekly basis. His godfather was Frank Sinatra. 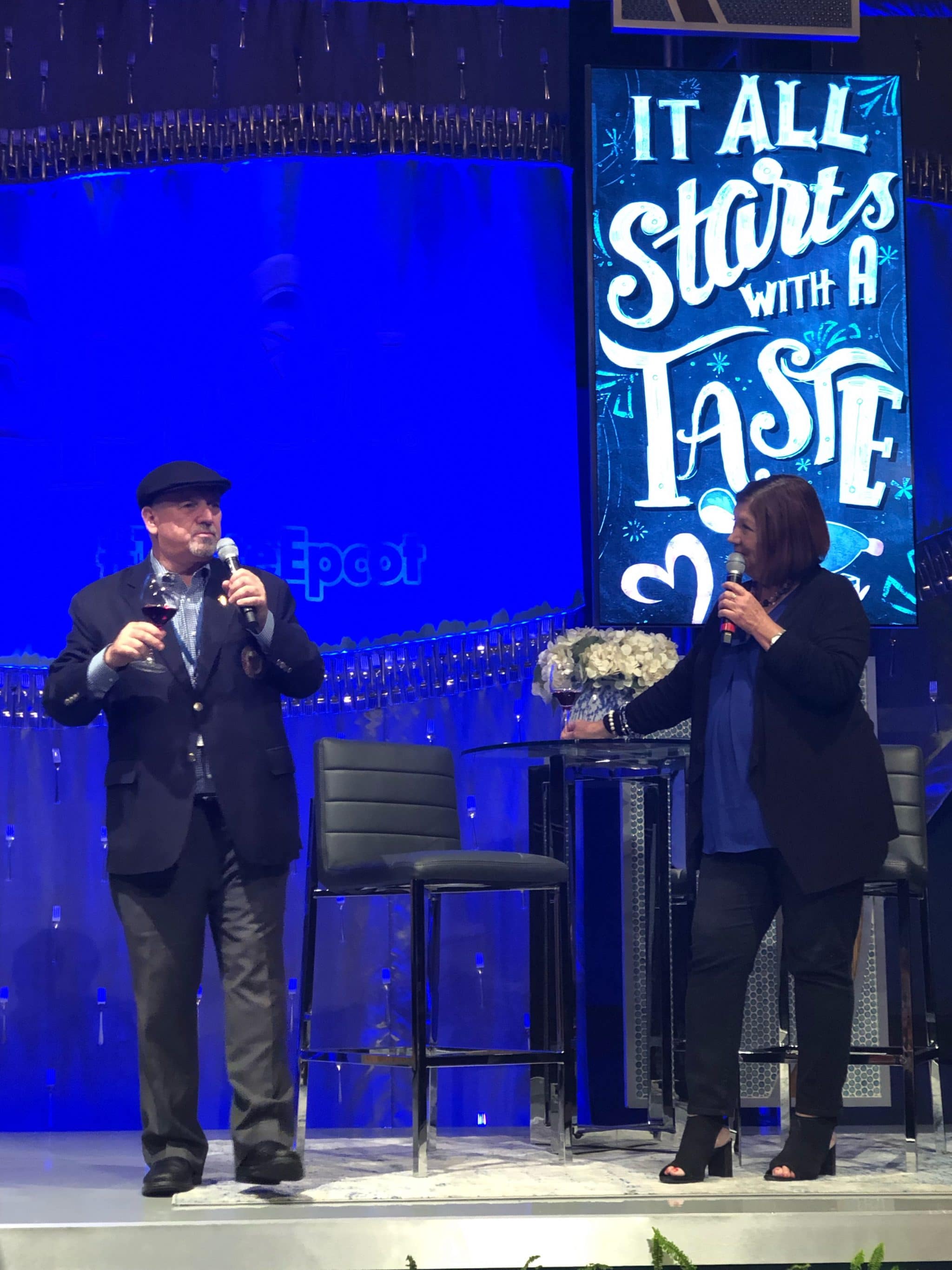 Last pro. Disney is listening to guest feedback. Vegans are asking for more options and the chefs are delivering! I never thought I would see the day that a dedicated “vegan” event would grace the Epcot International Food and Wine Festival guide!

Here’s where we feel Epcot missed the mark.

The presenting chef, while he did make a phenomenal dish, was not vegan. A huge component of this experience is the banter that goes on between the chef, wine educator and host. I would have much rather listened to a chef who was immersed in the vegan food scene talk about all of the fantastic vegan options we’ve seen explode onto the market as of late.

Guests wouldn’t expect to listen to a vegan chef at a steak and wine pairing. It just wouldn’t make sense. So why was there a non-vegan chef, talking about utilizing animal products at a vegan food and wine pairing? 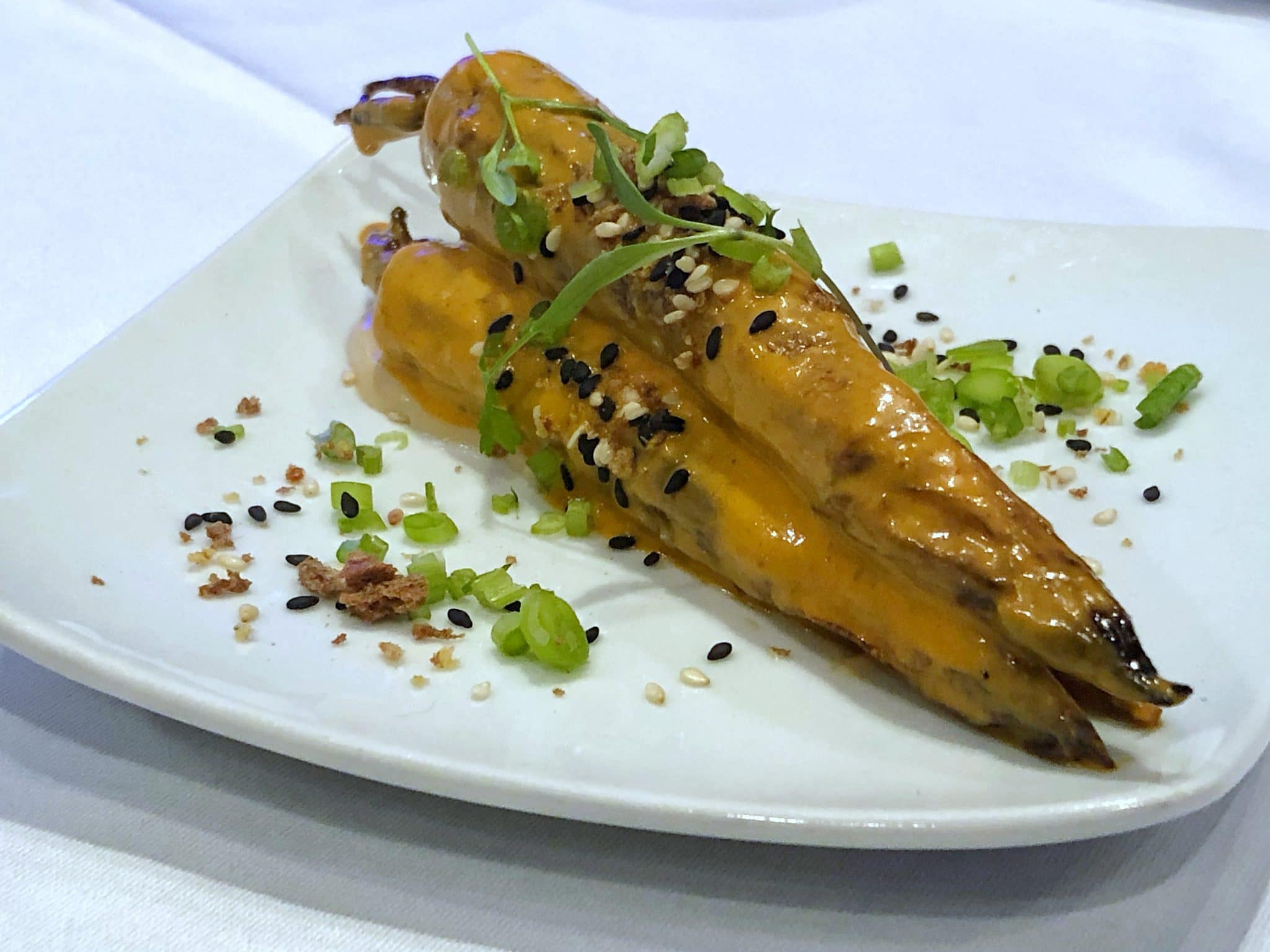 Which brings us to our second point. Three carrots and a two…maybe three ounce pour of wine is hardly deserving of a $29 price tag. If purchasing these two items individually at the festival you would expect to pay $10 -$15 total for the pairing. Fifteen dollars would have been more reasonable. Possibly even nineteen. You ARE getting a private experience and you also get to take home a recipe card.

Which brings us to our next point. The recipe given was incomplete. Chef Kilgore, during his presentation, was utilizing tahini. There is no mention of tahini in the take home recipe. You can clearly see the base of tahini in the above photo. It’s a beige color while the harissa sauce is more orange.

The biggest con was the conversation which occurred during the presentation. We got to hear the chef wax poetic about his favorite restaurant dish. Mashed potatoes with Brie cheese and loads of cream. Honestly sitting there listening to the talk felt like wearing a wet blanket.

We attended the event with several other vegans who expressed their disappointment with various aspects of the demo.

In conclusion, we were excited that this event was offered. And even with the negative aspects, we were glad that we could vote with our dollars to support more vegan offerings at Walt Disney World. Would we do it again? Not unless the next event was hosted by a vegan chef. 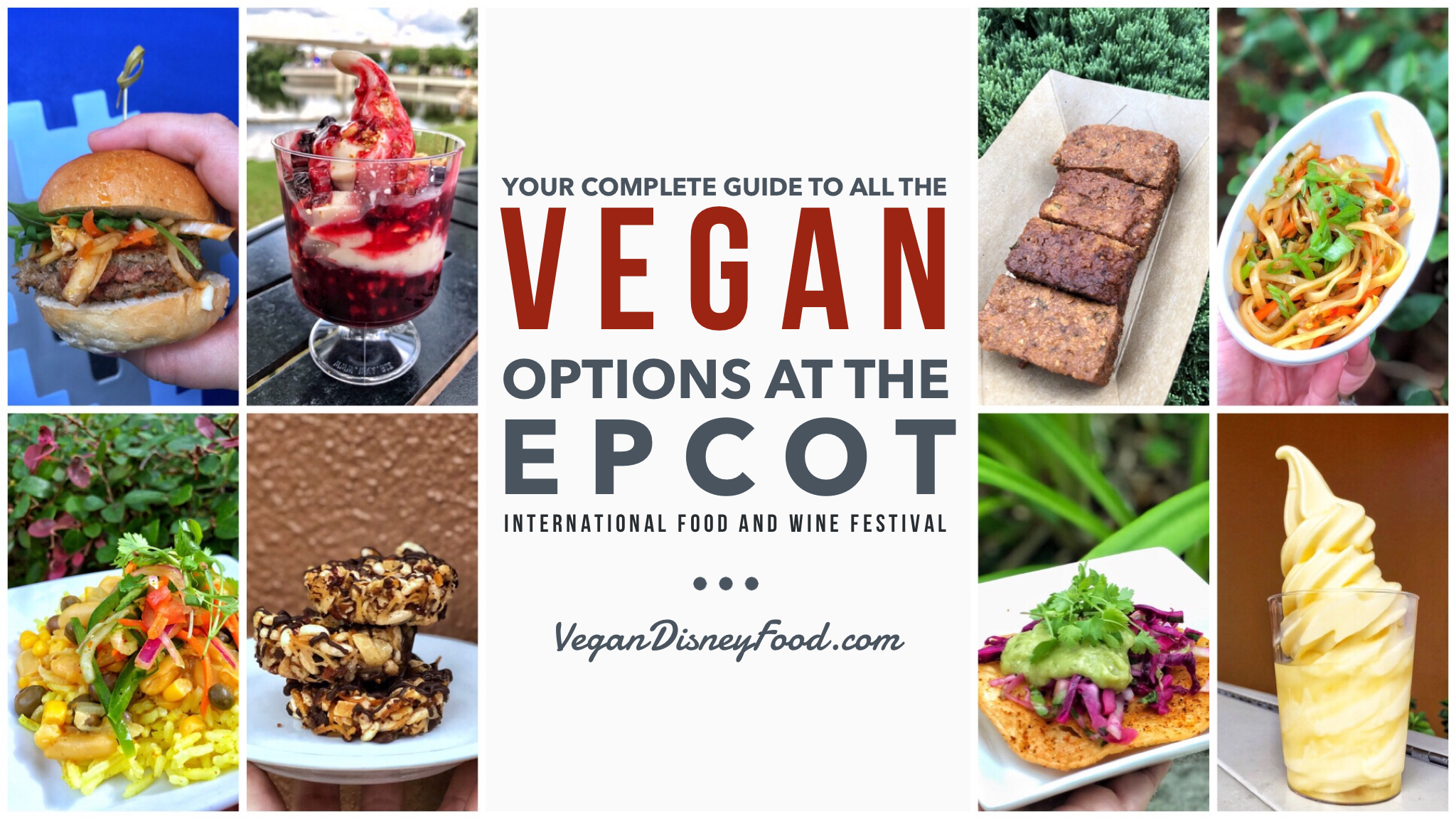 WANT TO BOOKMARK THIS POST? Save the “Disney Misses the Mark with Epcot Vegan Food and Wine Pairing” pin to your favorite Pinterest board. 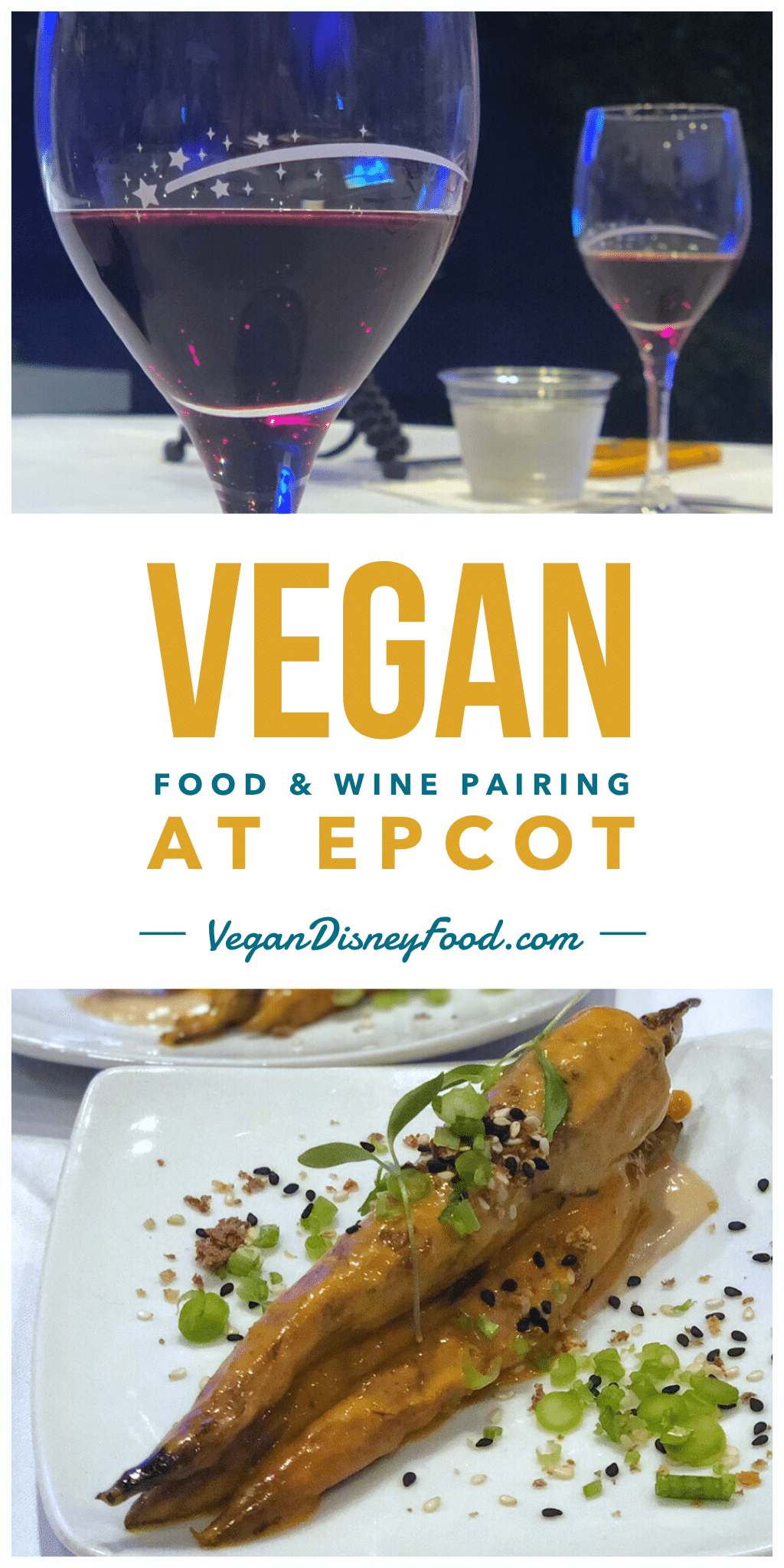